George Takei has message for ‘racist and hysterical’ mayor of Roanoke, Virginia

‘ignorant,’ ‘hysterical,’ ‘uninformed’ and even ‘a racist.’ 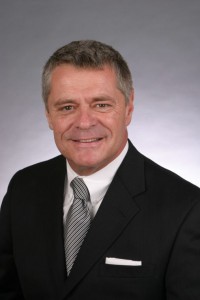 The actor is infuriated by Bowers (pictured, left) saying he would not accept any Syrian refugees into his city and tried to justify his position by citing the internment of Japanese-Americans during World War II.

Takei’s family spend four years in a camp against their will and their experience is the inspiration for the musical Allegiance that Takei is currently starring in on Broadway.

‘He said FDR imprisoned Japanese nationals because we needed to protect our national security against untrustworthy Japanese. We weren’t Japanese nationals; we were Americans, Japanese-Americans. My mother was born in Sacramento, California, my father was a San Franciscan, my siblings and I were born in Los Angeles — we’re Americans. And he didn’t even know that, that we incarcerated American citizens with no charges, with no due process, and he used that to justify his outrageous position on Syrian refugees coming to the United States. Absolutely no compassion.’

Bowers has since apologized for his remarks made last week but said he does not plan to resign.

Takei has extended an invitation for Bowers to be his guest to come to New York City and see Allegiance on Broadway so he can become more educated about a shameful time in US history.

‘This outrageously uninformed, racist, and hysterical man, a so-called political leader, is speaking as an American,’ Takei says. ‘That’s how shameful some of our elected leaders are. He doesn’t know our own American history.’